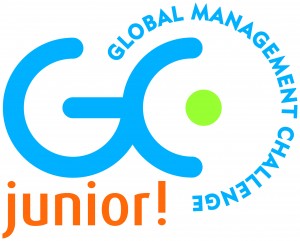 Since 21 October 2013, the students of the Department of Economics have been participating in the first stage of the VI National Championship of Strategic Management – Global Management Challenge Junior.

According to the registration and drawing lots UmanStatePedagogicalUniversity named after Pavlo Tychyna presents 3 teams in a championship: “A.M.P.M.”- the captain of the team is Bogdan Nikiforov; “Generation”- the captain is Svetlana Melnik; “Lime”- the captain is Julia Vygivska, accompanied five teams from the other universities in group number 15.

The championship involved 512 teams divided into 64 groups, 8 teams of each group are direct competitors. Each team presents a corporation with registered capital of 5 millions.

Competition passes in five stages, in which participants must complete the standard form of the “Letter of decisions” on http://www.gmc.in.ua, in which create a plan for the next quarter as to increase productivity, raw material costs, advertising, personnel policy, investment and innovation, logistics and marketing. At the end of the stage, the quotations of shares of each of the eight cooperations-teams are determined and made a rating of groups.

There are still 3 stages ahead. As we can see, the competitors are going hand in hand. Chances to win are equal. Good luck guys!